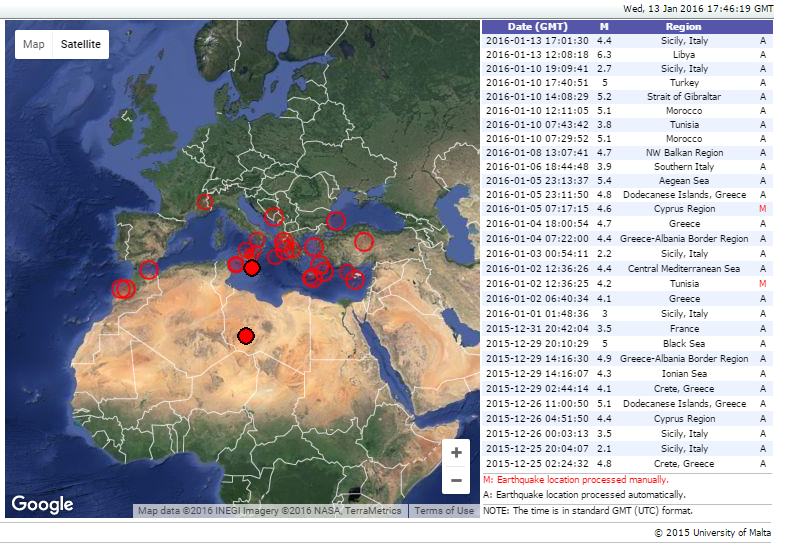 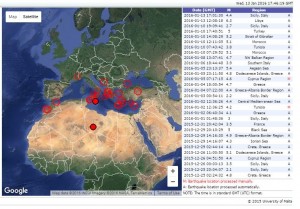 The earthquake, which registered 4.4 on the Richter Scale, was felt in many areas in Malta today at 18:00, including Ta’ Xbiex, Pembroke, Mellieha, Haz-Zebbug, Birkirkara, Santa Venera as well as in Gozo.
It was felt for about 11 seconds. Its epicentre was 32km north of Malta.

Earlier at 17:44 there was an earlier seaquake of magnitude 2.6 at 33.8km depth, according to Meteoweb.

Parliament’s sitting was suspended for a few minutes, according to reports on Facebook.

Map of the testimonies received so far following the #earthquake M4.0 in Sicily, Italy 40 min ago pic.twitter.com/aoZoydxu4W

Did You Feel Yesterday’s Earthquake