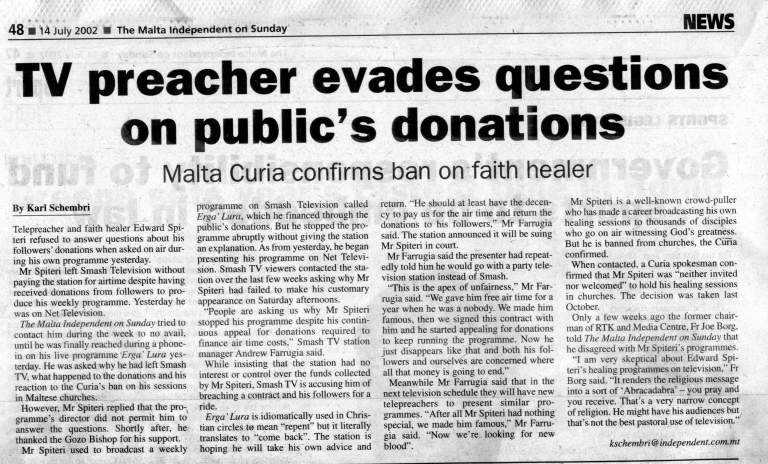 The Malta Independent newspaper gave the full story on the confirmation of the Curia Ban on Edward Spiteri, describing him as a telepreacher and faith healer.

This is a copy of the first news item the Malta Independent on Sunday printed about this topic. UPDATE: Till this day (12/4/14) the Curia when contacted confirmed that the ban is still in force as the healing services by Catholic Revival Movement are still being organised. In Malta only Marana tha’, Fr Elija Vella and Fr Hayden Williams organise healing services with the required permission of the Archbishop. Others who are not priests are in disobedience of this.