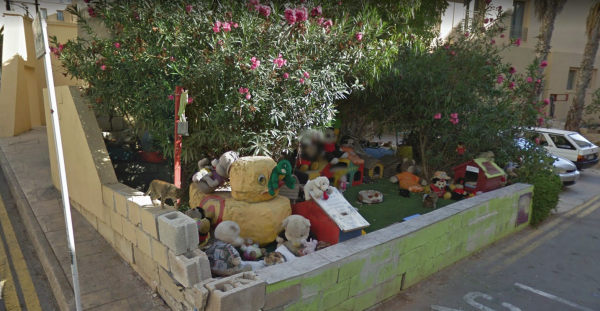 A famous part of St Julian’s village, the well known Cat Village, is due to be destroyed by tomorrow to make way for some new building.

It is one of the most popular attractions according to Google Maps, sporting a strong 4.5 rating.

Maintainer Roza Zammit Salinos (you will remember her taking care of the University cats some years ago) wrote this on her Facebook wall: 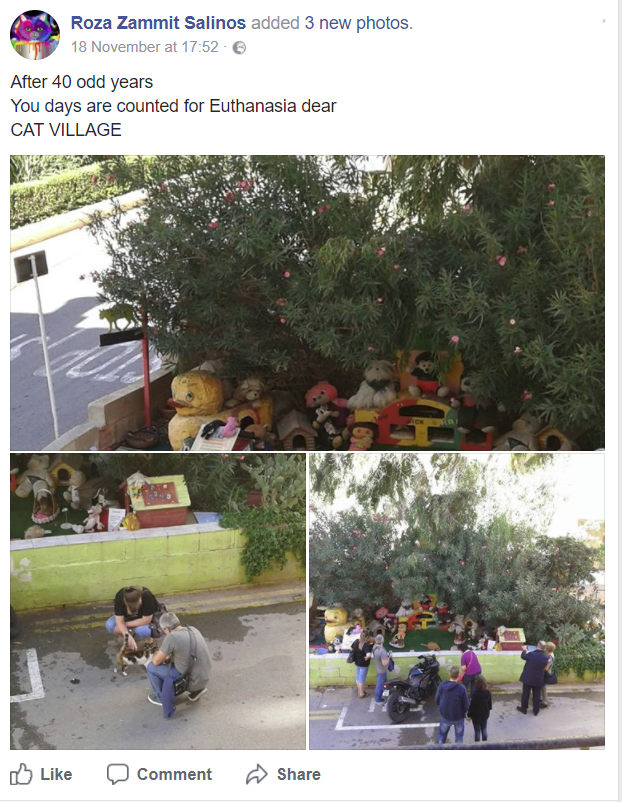 It seems that cats will have less place to stay starting from tomorrow, unless someone intervenes to stop the demolition. Tomorrow it will be too late.
How do you feel about this situation? What can be done?

A new online email petition has been launched on this site – No to Dog Microchipping.

Check it out on the left-hand side menu, or
click here to go to the petition directly.

Recently a Trust group in Malta offered dogs a free health check, worth about €300, together with free “Micro-chipping as a safe, and effective way of reuniting lost pets.” Many phoned on radio, asking if dogs implanted with microchips could suffer or become effected with cancer. The reply was NO, but reports one can easily research on the INTERNET show quite a different picture.

Owners kept asking, because in other countries dogs had developed cancerous tumours around the microchip implants, killing some dogs and leaving others terminally ill, ending up having to put to sleep the latter! Besides reports – pathology and autopsy reports from these owners, there has been scientific research carried out about this subject, which suggests microchipping is not safe at all.

UPDATE:
We are going to launch a petition in the next few days, so keep updated by checking our site or like our Facebook page for details.

There are more cases and studies being reported.. it is NOT just one study which has determined this.
The latest studies found tumours in fruit bats,
The microchipping is now obligatory from now. The Malta Vetinarary Association has published a press release with a number of issues it deems important about this. Apparently the MVA was not involved in this hasty decision and there are issues for owners who cannot pay this new “tax” on their dogs – abandoned dogs will be picked up by the police and if nobody claims them within 7 days, the dogs will apparently be “put to sleep”..
What will happen to dog sanctuaries is anybody’s guess. I think they may have to close down their operations and hand on their dogs to the government.
END_OF_DOCUMENT_TOKEN_TO_BE_REPLACED