Olivia who represented Malta with the song Vertigo, failed to obtain enough televiewer votes to quality for the EUROVISION 2007 final…
Sorry for the lack of photos but that’s due to the missing Press Section on the official Olivia Lewis site.

My comments – it’s useless sending two “popular” people for the choreography – nobody knows them abroad anyway. Also what does Dracula have to do with the Japanese motif? I didn’t get that.

Next time, we should send either Lucienne Cassar (who won LA CORRIDA)
or a trio of Joe Demicoli, Martin Sapiano and is-Sur Gawdenz!

Soon viewers will be voting for the song which will be representing Malta in Eurovision 2007, from the finalists Scar, Klinsmann Coleiro, Pamela, Olivia, Kevin Borg, Trilogy.
Voting is all in the hands of the public – 100% televoting.
Todays voting numbers are different from the semifinal voting numbers…

Comment – olivia’s song featured two well known tv personalities (Eg joseph who is a lawyer too).. did that influence the voting process?

[kml_flashembed movie=”http://www.youtube.com/v/FD-A736cfjo” height=”350″ width=”425″ /]
Above: Olivia singing Vertigo after being announced the winner in the final – congratulations to Olivia!

[kml_flashembed movie=”http://www.youtube.com/v/-wvNCOdQAaA” height=”350″ width=”425″ /]
Above: Natasha and Charlene singing Open Your Eyes in the Bulgarian Song Festival for Eurovision 2007. Unfortunately they didn’t make it to the final. The chosen final songs were picked up at random from a bowl. I guess that’s something which hasn’t been tried in Malta yet 🙂 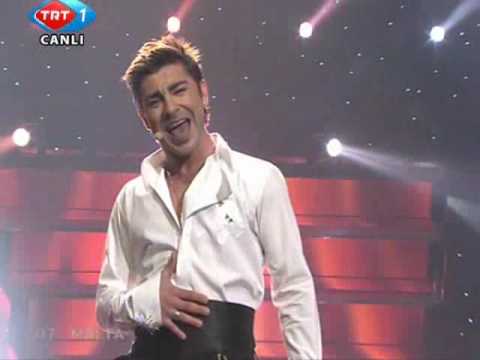 A controversy at the time arose on the tv programme Bondiplus between Grace borg and both current Maltasong chairman + Minister Francis Zammit Dimech.

However one should note that PBS’ programme Bondiplus showed a clip tonight how the Minister tried to talk to Maltese singer Keith Camilleri (who was representing Switzerland), and was actually stopped from doing this by Grace Borg herself!
On this programme, Grace Borg was heard alleging that Maltasong chairman Robert Abela was drunk in the green room. Fabrizio’s Agent confirmed on the programme that no such thing happened.

On a less serious note everyone seems to be looking for a parody videoclip by Joe Demicoli ‘I DO’… Hmm I didn’t see this myself but let’s see.. found it:

EARLIER UPDATE:
Malta only got ONE POINT in last night’s Eurovision 2006 – in Athens, Greece. A terrible result – we ended up last. Fabrizio did his best I’m sure.

Tonight Fabrizio Faniello will be representing Malta in Eurovision 2006. I think he will do well.

They changed the dance routine and removed the Tomb of the Cybermen bit.. 🙁

As usual everybody votes for their neighbours. I think we should stop taking part in Eurovision. It’s a joke.

Fabrizio has released his CD for his winning song “I Do”. The CD, a great production by Cap sounds and maltasong, contains 7 different mixes of the Eurovision song. Also it contains a high quality version of the music video.

Fabrizio Faniello came first in yesterday’s Go Mobile Malta Song for Europe 2006 with 7729 votes. Olivia Lewis came second with 7623 votes and Trilogy were third with 4954 votes. There was no jury and all votes were decided by televoting.

Last year, Chiara came first with her song ‘Angel’. At Eurovision last year, some Brits compared her jokingly to a Dr Who alien (slitheen). My guess is this year there will be a comment about other Dr Who enemies, the Cybermen, since the dancers do a ‘Tomb of the Cybermen’-like entrance!

Fabrizio already represented Malta in Eurovision with his song “Another Summer Night” (which like ‘I Do’ can heard on Maltese Music Internet radio) back in 2001. This year he will be going to the Eurovision Song Contest 2006 and representing Malta with his song “I Do”. 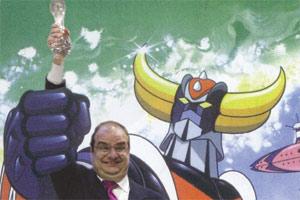 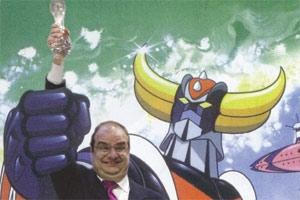 Ukraine with their ‘cave-women’ dance won this years
Eurovision Song Contest (called quite rightly the campest show in the world). A large number of the acts including Ukraine were plain indecent or vulgar, and they couldn’t sing at all.

Most countries voted as usual for their neighbours…
People don’t vote for the best song but for the neighbour countries instead.

Julie and Ludwig represented Malta in this festival, with ‘On Again Off Again’. Malta ended up at 12th place which means we don’t need to do the semifinals or preselection next year. But we didn’t get the success we got with Ira Losco some years ago or with other singers such as Chiara…

Claire Agius read off Malta’s points, dressed like an indian woman. People abroad thought it was traditional Maltese dress, from some blog comments.

Somebody has actually made a ‘study’ on how countries vote for their neighbours in ESC:
Crooked Timber