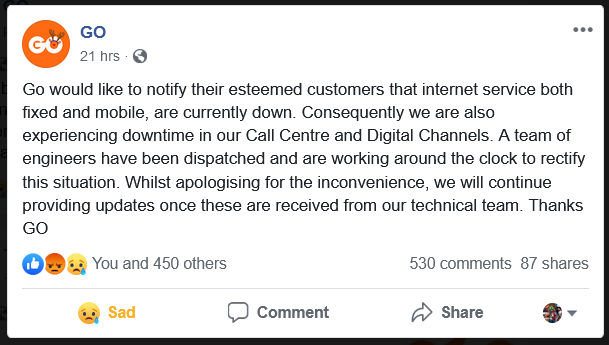 Yesterday, GO’s Internet service was down in Malta right after GO posted about their Christmas party. Users were very unhappy, including people who were abroad and using roaming on their phones. Data Roaming was not working for them and it was not working for any foreign sim cards used in Malta too. The service was restored after 3 hours for some, for others after 4. 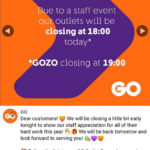 To make things worse, today another issue occured and GO Internet was down once more this time due to some contractor hitting fibre cables. 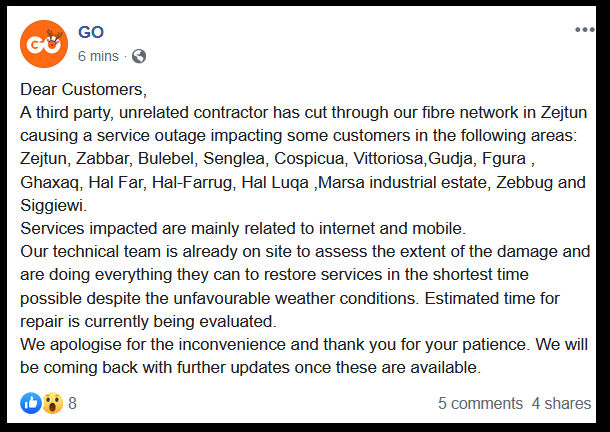